An estimated one in 10 women in the UK may have dry eye disease (DED), according to a first of its kind study published this week (September 2).

Researchers investigating the prevalence of the disease in the UK found that 9.6% of women have dry eye and require artificial tears or gel to lubricate their eyes and protect them from damage. One in five (20.8%) are reported to have experienced dry eye symptoms in the past three months.

“We found that DED is very common in the female population,” said lead author Dr Jelle Vehof of the Department of Twin Research and Genetic Epidemiology at St Thomas Hospital in London. “We also found new associations that were most associated with DED, even more than well-known ones,” he told OT.
Dr Vehof and colleagues looked at 3,824 women aged 20 to 87 from the Twins UK cohort, which is representative of the general population and has been previously used as a population to study a wide range of diseases.
Looking to shed light on the prevalence and risk factors for dry eye in the UK, they found that the prevalence increased with each decade of life – from 2.7% of women in their 30s to 20% of those in their 90s. 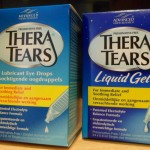 The study confirmed a number of known risk factors for dry eye, such as age, cataract surgery and glaucoma, but also showed additional risk factors for developing the condition. From a total of 13 statistically significant risk factors for dry eye, the strongest associations included conditions such as irritable bowel syndrome, chronic widespread pain syndrome and depression.
Dr Vehof explained: “We think that chronic pain syndromes are linked to dry eye through a process called central sensitisation, where pain modulation may not be as good as in other subjects.”
The findings suggest that the condition could be related to a problem with the pain system, and that dry eye could be indicative of an underlying systemic health problem. “Chronic pain predisposition and somatisation may be more important than previously thought,” commented Dr Vehof.
He added: “As an ophthalmologist or a GP, the ocular surface is probably not the most important thing, but [problems] might be the product of an underlying issue of pain sensitivity. Because the cornea is so densely packed with nerves, even a tiny dysregulation [sic] of the pain system could cause problems, but as an ophthalmologist or a doctor you won’t see anything.”
Dr Vehof explained that there are plans to conduct a study in a male population in the Netherlands as well as looking at general treatments to see whether pain medications have any impact on dry eye disease.
Do you suffer from dry eye? Read here for more information on the condition or for help in reducing your symptoms.
https://www.hammondopticians.co.uk/wp-content/uploads/2015/09/hammond-opticians-enfield.png 0 0 HammondOptician https://www.hammondopticians.co.uk/wp-content/uploads/2015/09/hammond-opticians-enfield.png HammondOptician2014-09-09 07:26:342014-09-06 08:19:31Almost one in 10 UK women has dry eye
0 replies