Hay fever – how it can affect your eyes

What is hay fever?

As spring approaches hay fever season also starts. This is the body’s reaction to pollen from plants, grass and trees. When pollen comes into contact with the cells that line a person’s eyes, mouth, nose and throat, it can trigger an allergic reaction.

No doubt you’ll be familiar with the symptoms of hay fever and allergy: frequent sneezing, a runny or stuffy nose, and irritable, red or watery eyes. Hay fever can range from mildly irritating to almost debilitating for some. In this blog, we will explore the causes of hay fever and explain how it affects the eyes, as well as ways to avoid and treat the symptoms of it. 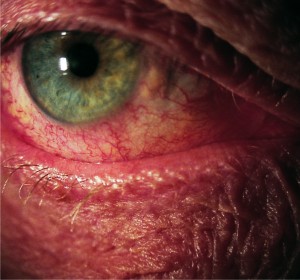 There are multiple types of pollen that people can be allergic to, but the most common form is grass pollen, to which 90% of hay fever sufferers are allergic. The exact causes of why the body over-reacts to pollen isn’t well understood but several factors are known to increase your risk of suffering from hay fever, including:

How does hay fever affect your eyes?

When hay fever affects the eyes, patients usually describe symptoms such as watery, itchy, red eyes which can appear swollen or puffy and sometimes with a stringy discharge. As these symptoms are consistent with a particular time of the year we call this seasonal allergic conjunctivitis.

Can you avoid hay fever?

Avoiding hay fever can simply be a case of taking preventative measures to dodge allergens when the risk is high. Grass pollen tends to be produced from mid-May to July, whilst tree pollen – which is the second biggest cause of hay fever – is produced between late March and mid-May. Shielding your eyes against the impact of pollen, for example by wearing wrap-around sunglasses in summer can also help to limit the effect on the eyes.

Contact lens wearers are also advised to either wear their glasses during allergy season or switch to using daily disposable lenses. This is because the contact lens surface can accumulate allergens over time and so re-usable lenses can become less comfortable over time.

Your expert Optometrist will discuss how to avoid contact with these allergens where possible and will give advice on how to reduce the symptoms. A number of eye drops are available that specifically fight symptoms associated with hay fever, such as irritation, redness and watery eyes. 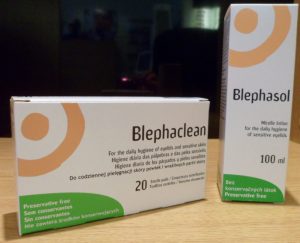 If you suffer from associated conditions such as blepharitis (inflammation of the eyelids) then this can also be treated to reduce the ill-effect of the hay fever.