News/Blog
You are here: Home1 / News/Blog2 / Blog3 / Improving diet can reduce the risk of vision loss

Sticking to a healthy diet significantly reduces the risk of visual impairment in the long-term for older adults. The findings come from a 10-year study of almost 2,000 Australians aged 65 and above.

Researchers in Australia carried out a population-based analysis of over 3,500 participants from the Blue Mountains Eye Study, which measured visual acuity and dietary information to study links between nutrition and vision loss.

As part of the study, participants were measured at the start and at five and 10 years, and had to complete questionnaires relating to their diet which calculated a total diet score (TDS), including energy balance and the quality of the diet.
The results revealed a long-term trend of decreasing risk with improving diet. A higher TDS was associated with a significant reduction in the risk of visual impairment when compared with lower TDS values.
The authors write: “Further research on diet and health outcomes including vision and ocular diseases is merited given, given that dietary consumption is the most frequent, but modifiable, lifetime exposure that affects health directly in the longer term.”
While based on a cohort of Australian patients, the findings are significant for the UK population. Last month NHS England’s five year forward view called for a move away from a culture of state care, towards one of increased patient involvement – including patients assuming responsibility for their own health by taking measures such as improving diet, reducing alcohol consumption and quitting smoking. 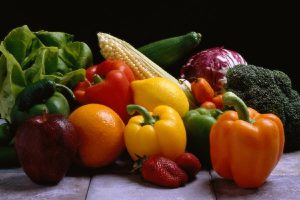