More than a third of people delay visiting their optometrists for ‘months’ after noticing that their vision is deteriorating, according to new research by the College of Optometrists.

Having surveyed members of the public, as well as practitioners, with the aim of better understanding attitudes towards eye health, the College found that as a result of this delay, many people are putting themselves in dangerous and embarrassing situations.

The top vision mishaps reported through the survey included a woman who mistook an opticians for a podiatrist, a pilot who landed a jumbo jet in thick fog, yet taxied it in the wrong direction down the runway and a student who misread a sign and ended up in the wrong examination room.
Commenting on the findings, clinical adviser to the College of Optometrists, Dr Susan Blakeney, said: “Although these anecdotes may be extreme examples, there is a serious message behind this. It is important to be aware of the health of your eyes, and to seek professional advice early if you notice any changes to avoid these sorts of accidents.”
Ms Blakeney added: “We see too many people who leave it weeks or months after noticing problems before they go to see an optometrist. The earlier an eye condition is diagnosed, the more effective the treatment is likely to be, so you should not delay seeing an optometrist if you notice changes with your eyes or your vision.”
At Hammond Opticians, owner Deven Lakhani adds, “We strongly believe that everyone should have their eyes checked at least once every 2 years. In fact many people would benefit from annual checks where they might already have early signs of deterioration or a family history of eye problems such as diabetes, cataracts or glaucoma.
Given the importance of safeguarding people’s eyes, they are able to select from our 3 tiered consultation which can provide them with the very best eyecare possible.” 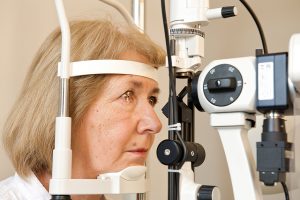