Middle-class children in China are twice as likely to be short-sighted than their lower-income peers, according to a new large population-based study.

In a study of almost 20,000 school-aged children in two regions of Northern China, the largest of its kind, researchers found that myopia was less prevalent among lower-income students.

Research from 2012 reported that Asia is experiencing an ‘epidemic’ of short-sightedness, with up to 90% of young adults in major East-Asian countries estimated to have myopia, including 50% of China’s one billion plus population. This has led to some schools taking extreme preventative measures, such as primary schools installing bars on the desks to stop students from working too close to their desks.
Overall, the research found that myopia was less common in males, and that higher maths scores were associated with myopia in all children. It is unclear whether the use of blackboards, which feature more prominently in teaching methods in the lower-income region, plays a role. The researchers suggest that the widespread use of text books in the middle-income regions may lead to more close-up work by students, which may increase myopia, and that distance focus required for students using blackboards may offer a protective effect.
“To try and counteract this large rise in myopia in Hong Kong, eye care professionals there are increasingly fitting children as young as 6 with ortho-k contact lenses” reports Deven Lakhani, contact lens specialist at Hammond Opticians. “This ‘reverse-geometry’ technology uses similar principles as laser treatment for eyes but is safer and reversible, and has shown to have a positive impact on reducing the myopia levels in many children.” 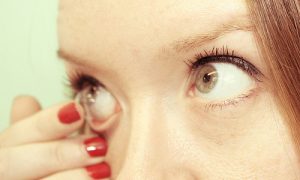 Read more about ortho-k and the benefits it can offer you or your children.
https://www.hammondopticians.co.uk/wp-content/uploads/2015/09/hammond-opticians-enfield.png 0 0 HammondOptician https://www.hammondopticians.co.uk/wp-content/uploads/2015/09/hammond-opticians-enfield.png HammondOptician2015-03-24 07:12:382021-04-21 16:15:13Myopia more prevalent in school children
0 replies