A new app which connects people who are blind or visually impaired with sighted volunteers from around the world has been released.

Called Be My Eyes, the app connects blind users with a sighted ‘helper’ via video chat, providing them with the opportunity to ask them questions when undertaking tasks which require ‘normal’ vision. This could be anything from checking the expiry date on a product or locating an item on a shelf to reading a street sign.

The app was created by Danish founder, Hans Jørgen Wiberg, who began losing his vision at the age of 25.
While a test version has been available in Denmark for a few months, and has been well received by the blind community, it was only released in the UK and other countries in mid-January 2015. Since its launch, there have been more than 10,000 instances of help with almost 64,000 sighted people signed up to the app as volunteers and over 4,850 blind people registered.
Speaking about the app, Mr Wiberg said: “It is flexible, takes only a few minutes to help and the app is therefore a good opportunity for the busy, modern individual with the energy to help others.”
He added: “It’s my hope that by helping each other as an online community, Be My Eyes will make a big difference in the everyday lives of blind people all over the world.”
The app works by a blind or partially sighted person requesting assistance via the Be My Eyes app. The sighted volunteer then receives a notification for ‘help’, before a live video connection is established. The visually impaired user is then required to point the phone’s camera at the scene which they need help deciphering and asks the sighted user a question.
Be My Eyes is free to download and is currently only available to people using an iPhone 4s or above, but it has been confirmed that an Android version should be available soon. 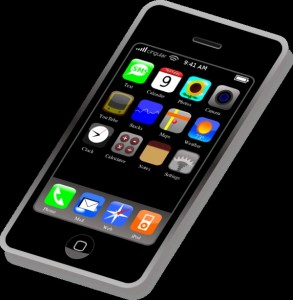