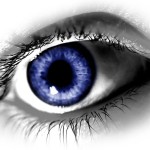 The number of young people who are being diagnosed with serious eye conditions is thought to be growing, according to a survey of Optometrists released today.

The study saw two thirds of Optometrists say they have seen an increase in conditions such as Dry Eye disease and Blepharitis, while almost half are concerned that people will start losing their sight or suffering from conditions such as glaucoma, cataracts and age-related macular degeneration at a younger age.
The Optometrists surveyed say the increased use of screens in our daily lives may be one of the major factors in the deterioration of the nation’s eye health (63%).
Also the following all contribute to the worsening of our eyes:
Three quarters of Optometrists say that they are concerned generally about the eye health of their patients, while more than 90% say they don’t think people take their eye health seriously or look after their eyes as much as they should.
Furthermore, consumer research also released recently by Spectrum Thea shows one in 10 people would only have an eye test if they are experiencing problems, with less than half saying they would get checked out if they had blurred vision from screen-time, while a third wouldn’t even if they were unable to read small print.
Worryingly, for road users, around 45% wouldn’t get their eyes tested if they were struggling to read road signs from a distance and one in 10 have even sat behind the wheel of a car with blurred vision.
https://www.hammondopticians.co.uk/wp-content/uploads/2015/09/hammond-opticians-enfield.png 0 0 HammondOptician https://www.hammondopticians.co.uk/wp-content/uploads/2015/09/hammond-opticians-enfield.png HammondOptician2014-09-30 07:48:072014-09-08 13:51:27Optometrists notice increase in young people suffering from potentially serious eye conditions
0 replies