News/Blog
You are here: Home1 / News/Blog2 / Blog3 / Shortsightedness on the rise across Europe, say researchers

Myopia affects nearly half of young people and is twice as prevalent in those with a higher education, according to a recent study published in Ophthalmology.

The study showed that the number of people suffering from shortsightedness is increasing across Europe with the problem to be nearly twice as common in those aged between 25 and 29 as from 55 to 59.
Research carried out by King’s College London found that myopia was also twice as prevalent in those with a higher education as in people who left school before the age of 16.
Experts said this may reflect a number of factors, such as people who have spent more time studying, being in outdoor light less, an increase in the use of computers, a longer educational day with more after-school tuition, and being involved in less outdoor play.
Shared genetic factors underlying myopia and intelligence, and factors related to educational opportunity such as socio-economic status or maternal nutrition were also offered as potential reasons.
Myopia is already the most common eye condition worldwide but experts said its prevalence is significantly increasing, especially in south-east Asia, although less so in Europe, Australia and the US.
Myopia generally develops during childhood and adolescence, causing blurred vision that has to be corrected by glasses, contact lenses or laser eye surgery.
Severe myopia also carries a risk of sight-threatening conditions such as retinal detachment, glaucoma and retinal degeneration.
The study authors suggested that the increase could cause a strain on health services, while it also has implications for the economy if more people of working age are becoming visually impaired.
They pointed out that far more people are continuing their education for longer than they did in the first half of the 20th century, and therefore it is not perhaps surprising that more young people are affected now. 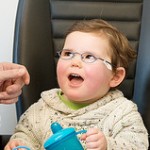 The lead author, Katie Williams, of the department of ophthalmology at King’s College London, said: “We knew myopia was becoming more common in certain parts of the world – almost eight in 10 young people are affected in urban East Asia – but it is very interesting to find that the same pattern is being seen here in Europe.
“This has major implications for the future burden from this eye disease which can threaten sight in older age, particularly in very shortsighted people.”
Her colleague, Prof Chris Hammond, said: “More research is required to see if changing trends in childhood outdoor exposure, reading, and educational practices are affecting myopia development.
“While this study was on adults, we do not yet know the impact of the recent rapid rise in use of computers, tablets and mobile phones on visual development in children.”
Deven Lakhani, Consultant optometrist at Hammond Opticians adds, “Myopia is the most common eye condition worldwide and tends to develop during childhood and adolescence. Whilst there is no known ‘cure’, it can relatively easily corrected with the use of spectacles or contact lenses.
Indeed, often contact lenses are preferred for children, for social reasons and to help reduce the incremental changes that often occur during this period.”
https://www.hammondopticians.co.uk/wp-content/uploads/2015/09/hammond-opticians-enfield.png 0 0 HammondOptician https://www.hammondopticians.co.uk/wp-content/uploads/2015/09/hammond-opticians-enfield.png HammondOptician2015-05-12 09:10:362021-04-21 16:15:13Shortsightedness on the rise across Europe, say researchers
0 replies