News/Blog
You are here: Home1 / News/Blog2 / Blog3 / Sight loss feared more than all other disabilities

UK adults are more afraid of losing their sight than any other long-term health condition, according to new statistics released by the RNIB.

In a survey of over 2,000 people, 44% of people feared blindness more than developing Alzheimer’s, Parkinson’s or heart disease. Furthermore, over 53% agreed that losing their sight would have a bigger impact on their life than other long-term health conditions.
Worryingly, nine in 10 respondents felt they would lose their independence if they lost their sight, with eight in 10 concerned they would lose their job.
The Being There When It Matters report was released last month and calls on every eye department in the UK to ensure it has access to a qualified sight loss adviser, so that people who experience sight loss are supported as they adapt to reduced or no vision. However, data produced by the charity estimates that just 30% of eye departments across the UK currently have access to a sight loss adviser.
The RNIB has highlighted that the funding of sight loss advisers remains an issue, with 22 of the 33 advisers in England who are provided by Action for Blind People have no funding confirmed after March 2015. Yet, the survey also found that nine in 10 people would expect to be referred to an adviser if they were told they were losing their sight.
RNIB CEO, Lesley-Anne Alexander, said: “Every single day 100 people in the UK begin to lose their sight, but even so, many of us can only imagine how devastating it must be to find out it’s happening to us. It is a profound injustice that the majority of people in this situation are not given any specialised support to help them through this extremely traumatic time.
“In less than 40 years, the number of people with sight loss is going to be double what it is now. We are determined to make the Government realise that properly qualified sight loss advisers are not only absolutely crucial for patients, but that they make economic sense too.”
Consultant ophthalmic surgeon, Hadi Zambarakji, added: “Ophthalmology departments are under increasing pressure and ophthalmologists depend on sight loss advisers to provide information about the range of practical and emotional support available to patients. We see this part of the service as a significant benefit to patients.
“Sight loss advisers are a key part of a good quality service for patients and I believe all eye departments in the UK should have access to this level of back up.” 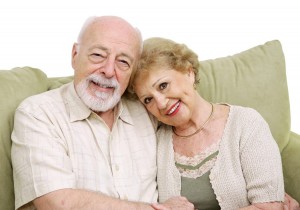