News/Blog
You are here: Home1 / News/Blog2 / Blog3 / Simple test could detect most common cause of visual impairment in the... 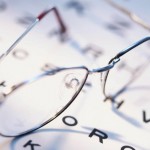 A simple colour test that could detect the early onset of a condition which accounts for over half of visual impairment certifications in the UK is being researched by scientists at Aston University.

Dr Frank Eperjesi, an optometry specialist at the School of Life & Health Sciences at Aston University in Birmingham, UK, will lead the study into whether neovascular age-related macular degeneration (nAMD), a common condition affecting 321,000 people in England, Scotland and Wales, can be identified before patients begin to show symptoms of having the disease.
The study could have a lasting impact, particularly as the number of cases of nAMD in the UK is set to rise by almost a third by the year 2020 as the average age of the population increases.
If left untreated, nAMD can lead to bleeding, leaking and scarring of the eye and often irreversible vision loss. Existing diagnosis techniques detect nAMD only once there is noticeable structural damage to the eye, but this study hopes to diagnose the condition at an earlier stage using colour contrast sensitivity testing (CSS) that can spot slight changes in cells of the inner eye.
The test works by measuring the eye’s ability to distinguish between different colours and varying shades of the same colour. People who struggle to recognise the differences are thought to be at risk of developing nAMD or may have an early form of the condition.
Once detected using CSS, sufferers would be able to start treatment before any structural damage to the eye has occurred, allowing vision to be maintained for longer.
Dr Eperjesi said: "This condition is the most common cause of visual impairment in the UK, so it’s great to be able to say we’re working on a way to help people detect it before they suffer irreversible damage.
"If it’s not caught early it can have a huge effect on people’s eye health, but also knock-on effects on mental health — a recent study reported that even those with mild sight impairment experience a 17% decrease in quality of life."
https://www.hammondopticians.co.uk/wp-content/uploads/2015/09/hammond-opticians-enfield.png 0 0 HammondOptician https://www.hammondopticians.co.uk/wp-content/uploads/2015/09/hammond-opticians-enfield.png HammondOptician2014-10-14 07:51:472014-09-08 14:00:55Simple test could detect most common cause of visual impairment in the UK
0 replies